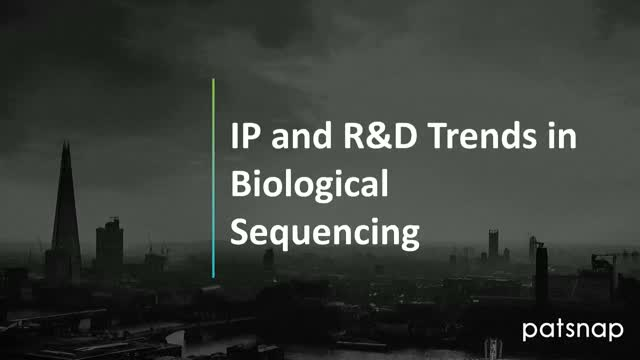 A recent study from McKinsey claims that 45% of the world’s disease burden could be addressed by biological means. With the increasing number of cancers and other rare diseases, it is no surprise that biotech innovations are on the rise. To supplement that, advancements in biotechnology such as next-generation sequencing techniques and personalised medicines have made the large-scale development of biological drugs easier and more cost-effective. The prior art, containing patents for biological gene sequences, and the claims generally include descriptions of gene sequences as a form of protection of DNA, RNA, other nucleotides and proteins. These patents are always claimed in relation to the sequence upon which the said drug acts. This is mostly with respect to a disease which occurs as a result of sequence mutation, or a disease which the drug is used to treat that acts upon the sequence mentioned in the claim. Metadata associated to a sequence claimed in a patents has therefore gained more significance than before, for both research and freedom-to-operate perspectives. In this webinar, we will look closely at how prior art is contributing to drug discovery, and how the trend over the last five years in the prior art landscape has made IP and R&D professionals change the way sequence searching is done. We also look at how artificial intelligence has helped platforms such as PatSnap Bio shift the approach to sequence searching to the next level, and meet the changing patenting landscape in biological sequencing.
Related topics:
Patents
IP Blockdata
Biological Sequencing
Life Sciences
R&D