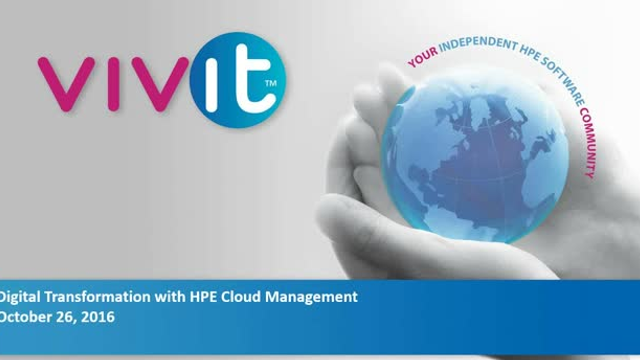 Your IT plays a key competitive role: embracing the digital economy and bringing the business, optimizing applications, data, developers and infrastructure together as one is core. To compete in today’s digital world, customers need a 100% programmable IT. Cloud has brought to companies better user satisfaction, faster application release, new business ideas. But where do you start? How can your IT department become value creator while bridging traditional and new applications. Join us to learn about how HPE has built out software cloud capabilities across private & public cloud to automate applications, middleware and infrastructure. Learn how we integrate and work with environments like Microsoft Azure, AWS, and VMWare, as well as new open source and cloud native tools like Docker, Chef, - enabling developers and IT operations to be more productive and to automate tasks.
Related topics:
Cloud
HPE
Service
Management
BSM