Defense One Outlook: Helicopters of 2030 Livestream 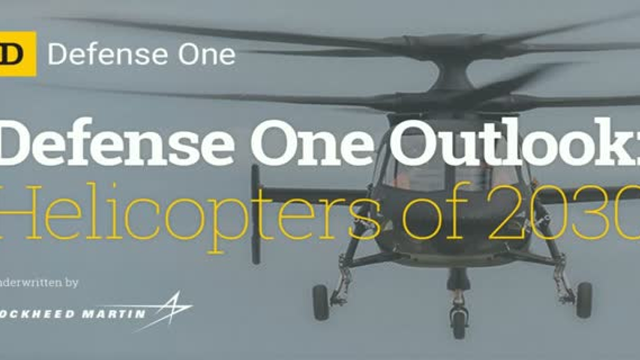 The U.S. Army's rotorcraft fleet of Black Hawks is wearing out much faster than predicted due to a decade of high-intensity operations in Afghanistan and Iraq. In 2013 as part of the Future Vertical Lift program, the Army commissioned the demonstrator aircraft to bring in new technologies, materials and designs that will ensure this new rotorcraft can fly higher, farther and faster while carrying more. Tomorrow's helicopters won't resemble those of today. On December 6, Defense One will sit down with scientists, engineers and even flying car makers who are building next-generation experimental aircraft that could propel us toward a new Jetsons reality. And we'll talk to the decision-makers behind the scenes to discuss how the next generation of helicopters will get into the air and what this means for the future of national security.
Related topics:
defense
innovation
helicopters
DoD