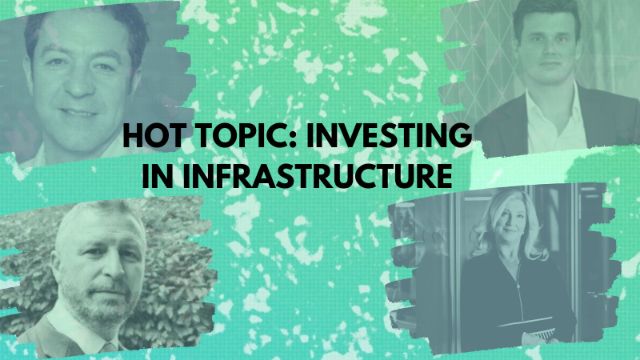 In our recent Octo Members’ panel ‘Investing in Infrastructure’, an adviser, fund selector and fund manager debated the place of infrastructure in portfolios in terms of mitigating the current inflation effects but also the asset class’s role as part of broader strategic asset allocation. Kerry Nelson, CEO of Nexus IFA, Josh McCathie manager of the VT Downing Listed Infrastructure Income Fund and Richard Philbin, Chief Investment Officer, Hawksmoor Investment Management also discussed the drivers behind infrastructure investing from the high correlation of other assets and the search for yield through to the need to harness private capital to drive the energy transition. An asset in transition McCathie highlighted the big shift in the last decade from being an asset that mainly featured in private markets to public markets, but which has now expanded in the past three or four years from core utility grade infrastructure to all sorts of categories including digital infrastructure. The panel then discussed the merits of infrastructure in terms of tactical but also longer-term strategic asset allocation. McCathie said that had been a lot of debate around 60:40 portfolios. Nelson added: “Everything has been so correlated in the last 18 months and never more so than in the last six. You've got to look at other asset classes and investment solutions, to give an alternative that gives some diversification and behaves differently to what bonds are doing, what equities and what cash are doing. What is the definition? The definition does pose a challenge however. The panel also felt that infrastructure investors were being drawn in for reasons of inflation hedging, diversification but also because it would likely meet some of the criteria for ESG and impact investing given its crucial role in the energy transition but at least for the latter some of the decisions still rest with the FCA. This is certified for 1 hour of CPD.
Related topics:
Financial advisor
Financial Planning
Financial Management