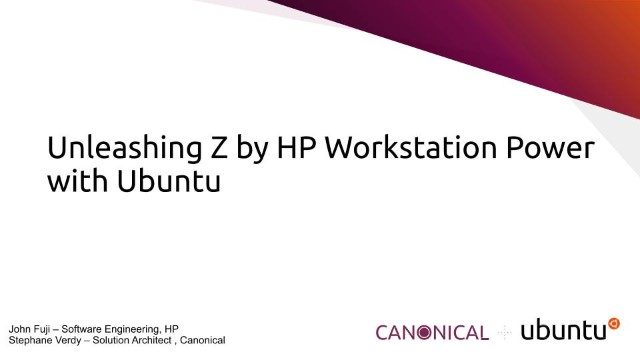 With Z by HP now preinstalling Ubuntu LTS 20.04 on several of their Desktop and Mobile Workstations, end users and IT managers can feel confident that Ubuntu 20.04 LTS and all of its subsystems such as WiFi, Bluetooth, and fingerprint authentication, will work flawlessly from first boot. But why else would developers and designers choose Z by HP with Ubuntu Linux to realize their greatest AI, machine learning, and data science workflow dreams? Join members of HP and Canonical in this webinar to find out.
Related topics:
Artificial Intelligence
Data Science
HP
Machine Learning
Workstations

Ubuntu and Canonical
Upcoming talks (6)
On-demand talks (357)
Subscribers (144814)
Get the most in depth information about the Ubuntu technology and services from Canonical. Learn why Ubuntu is the preferred Linux platform and how Canonical can help you make the most out of your Ubuntu environment.…